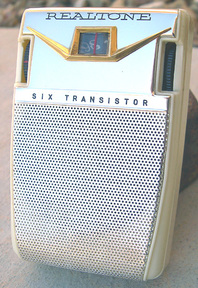 Since my immigration to New York in 1995 I have been contributing for a Dutch radio program called “The evenings” (De avonden). I read a short story and talk with the co-host of the show about anything from toothbrushes to political issues.
The program is on the air five evenings a week in the Netherlands -- my contribution is aired Monday night and it is taped Monday morning New York-time.
Because of Easter Monday we could not tape it in the morning, it had be done live in the afternoon New York-time.
The co-host expected me to tell something about Israel, which I had visited recently, but I decided to read a story about the launch of “The Jewish Messiah,” since it was my first book party ever were the guests got a bracelet in order to have their free drinks.
For this reason there was some confusion going on between me and the co-host.
But also because it was live today my story was on the air one hour earlier than usual.
My mother – for all I know my only listener – was extremely upset. She said later: “I waited in vain for more than fifteen minutes, had to listen to something extremely boring. I will never listen to your program again.”