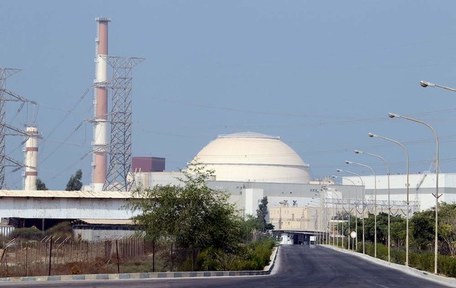 On secret and not so secret campaigns – Yossi Melman in Haaretz:

‘The secret channel will be the two countries’ main tool for dealing with Iran’s nuclear program. On the Israeli side, it will be operated by Mossad chief David Barnea through its operational units, the Tevel division, and the cybersecurity divisions of the Israeli intelligence service, with the cooperation of incoming chief of Military Intelligence, Maj. Gen. Aharon Haliva, the Israel Defense Forces Unit 8200 cybersecurity groups and the research division.
The key person in the battle against the Iranian nuclear project is Eyal Hulata, the new head of the National Security Council. Hulata, who prepared Bennett for his meeting with Biden, thinks and acts on the nuclear issue like a project manager, assisted by experts from the Mossad, the Foreign Ministry and the Israel Atomic Energy Commission. Even if he won’t admit it publicly, it is clear to Hulata – as it is to Barnea and to IDF Chief of Staff Aviv Kochavi – what real options Israel has at its disposal, and what it is unable to do.
We can therefore present two axioms: 1. The United States will not attack Iran’s nuclear sites. 2. Even if Israel has prepared an attack plan or other creative scenarios, it has no genuine practical military ability to attack alone and achieve a significant result. In addition, even if Israel has an original, daring and feasible plan, the United States will not accept it for fear that any military step would drag it into a war against its will.’

‘An effective carrot and stick policy requires a broad international coalition, and not only with Western countries. We must try to get both Russia and China to support the move, although the chances regarding the latter are not great. The Iranians must understand that they are confronting a broad front that benefits from the legitimacy and sponsorship of the United Nations. Any version agreed upon by the parties must state that any Iranian violation, no matter how minor, will be met with a harsh punishment from the international community, including a resumption of some of the sanctions.
Between 2015 and 2018, before the United States withdrew from the nuclear deal, Iran violated the agreement several times and was met with a very weak reaction from the administration of U.S. President Barack Obama and the European powers. Although these were minor violations, that is how Tehran traditionally tests commitments with another party.
The international effort against Iran must also include the Sunni Arab states, headed by Egypt, Turkey, Saudi Arabia and the United Arab Emirates. Here Israel can also help, thanks to its intelligence capabilities and its connections. Israel can establish a secret alliance with these countries, and together adopt the path typical of the Iranians, only in reverse: to intervene in the domestic issues of the Shi’ite world, to incite and act against the central government, one of whose main weaknesses is its commitment to dominate and oppress the Arab, Kurdish, Baluchi and Azeri minorities.
There is also a new situation on Iran’s eastern border, in the wake of the American withdrawal from Afghanistan, and this is a good chance to exploit these opportunities. Iran fears the entrenchment and spread of fundamentalist Sunni Islam such as that of Al Qaida and the Islamic State in Central Asia, as well as the Taliban on its territory. This is still without having said a word about 3 million Afghani refugees, who are like a millstone on the Iranian economy, which in any case is suffering from many problems.
With an improved treaty, without one and even without any nuclear agreement at all, Israeli intelligence must play a central role in monitoring the Iranian nuclear program. Its goal is to prevent Iran from reaching the nuclear threshold, that same gray area that is hard to define unequivocally. The operations for gathering information, and if necessary, to thwart and disrupt as well, must be carried out with close cooperation and maximum coordination.
Great Britain’s M16 and the CIA have so far demonstrated very impressive knowledge and capabilities on this issue. Barnea understands that.’

In other words, no war. Just the continuation of the shadow war that has been going on for a long time. See under Operation Olymic Games.

And the Sunni states, Saudi-Arabia, the Emirates, even Turkey will find a partner in Israel, if only because of an common enemy. Political tenderness can be simple. Give us a common enemy, and there will some sort of tenderness.

As to the EU, it’s probably part of the EU strategy to flood Iran with Afghan refugees in order to keep Europe ‘neat and clean.’ Or in order to convince Iran not to build the bomb?

The EU is more afraid of refugees than of atomic bombs. Of course, in the long run we are all dead, but the European fear of giving the extreme-right munition against the old parties and the revulsion of immigrants border on the absurd. To avoid all other moral statements.

At least, according to this article M16 is capable of gathering information in Iran.
Now, all we need are politicians capable of handling the information, whether it’s coming from Iran or from the politician’s hometown.