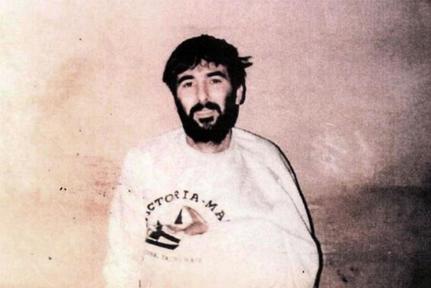 On ambiguity – Yossi Melman in Haaretz:

‘It is difficult to confirm recent reports in the Arabic press that the Mossad has carried out two operations to obtain information about the fate of Israel Air Force navigator Ron Arad. The only thing that is clear is what Prime Minister Naftali Bennett said in his speech in the Knesset last Monday: “Last month women and men of the Mossad embarked on a mission to locate new information about Ron Arad’s fate and whereabouts. This was a complex, large-scale and daring operation. We have made another effort on the way to understanding what happened to Ron Arad.” The initial report, aired on the Saudi network Al Arabiya, which is headquartered in the United Arab Emirates, stated that the Mossad set out to take DNA samples from remains unearthed in Nabi Chit, the southern Lebanese village where Arad was held by his captors until he vanished without a trace in May 1988.’

‘In the Mossad and in Israel’s intelligence community as a whole – including the Shin Bet security service and Military Intelligence Directorate Units 8200 and 504 – two schools of thought have developed concerning the circumstances in which Ron Arad apparently died. The one supported by Igra is that the IAF navigator was held in a house in Nabi Chit, where two or more guards watched him.
During the time he was held prisoner, the air force attacked terrorist positions in the nearby village of Maydoun and as a result, the guards left their post and rushed to the village to find out what had happened to their families. At this point, this first version splits into two scenarios: The first is that Arad took advantage of the opportunity, freed himself from his restraints and escaped. The second is that the guards killed him.’

‘At that time, Rabin was subject to harsh public criticism over the “Jibril deal,” in which 1,150 terrorists were released in 1985 in return for three Israel Defense Forces soldiers who had been taken captive during the first Lebanon war. Rabin, as Lubrani told me back in the day, believed he could lower the price and therefore ordered a continuation of the negotiations. In retrospect, it is clear that this was a mistake.’

‘In 1992, on the recommendation of Uri Sagi, head of Military Intelligence at the time, a team from the elite Sayeret Matkal special-ops unit abducted Dirani from his home in southern Lebanon and brought him to Israel. They hoped he would be able to fill in the intelligence gaps, shed light on the circumstances of Arad’s disappearance, say whether he had been killed and reveal where he had been buried. Dirani’s abduction was also supposed to allow him to be a bargaining chip in any future prisoner exchange deal. Dirani was interrogated by IDF Unit 504 and subjected to harsh torture. In his interrogation, he insisted that Arad was no longer in the hands of his organization.
In 2004 Dirani was released along with hundreds of Palestinian and other Arab terrorists in a deal in which Israel received the bodies of Sgt. Adi Avitan, Staff Sgt. Benyamin Avraham and Staff Sgt. Omar Sawaid, and the civilian Elhanan Tannenbaum.’

‘In this context, it’s necessary to mention the names of the two high-ranking Iranians who appear to have been more relevant than Dirani for obtaining information about Arad. Indeed, it might have been necessary for Israel to take action against them despite the fact that they were holding senior diplomatic and political positions: One of these men is Ali Akbar Mohtashamipur, who was the Iranian ambassador in Damascus from 1981 to 1985 and is considered to have been the founder of Hezbollah and the person who made it the most important Shi’ite organization in Lebanon. When Israel recognized the rising strength of Hezbollah, a bomb was sent in 1984 to Mohtashamipur’s office in the Syrian capital. It was hidden in an impressive book of photographs of Shi’ite holy sites.’

‘“I believe that these two men could have shed light on what really happened to Arad,” a source who is very knowledgable about the entire Ron Arad affair has told me. In his estimation, it is possible that the Revolutionary Guard experienced some mishap, perhaps at a low level in the field, and Arad was killed. “It is clear that Iran and Hezbollah were interested in Arad staying alive,” he says, “because they could have extorted many concessions from Israel, not just the release of terrorists.” It should be stressed that at a certain stage Israel offered even to sell arms to Iran or to purchase oil from it in exchange for Arad. Iran has always denied that it held the Israeli navigator or that it has any information about him. However, on one occasion at least, Hashemi Rafsanjani, who was at the time speaker of the parliament and later president of Iran, confirmed that the Islamic Republic knew about Arad’s situation up to a certain stage, but “the traces of him were lost.” Rafsanjani admitted that in the late 1980s to the United Nations secretary-general at the time, Javier Perez de Cuellar.’

Melman asks: ‘Is it worth it to endanger the lives of agents in an enemy country to obtain information about Ron Arad? Here, the answer is not unambiguous.’

But it’s telling that 35 years after the disappearance of an air force navigator a considerable amount of money and time is invested in finding out what happened to him.

It seems irrational, perhaps even necrophilia, as Gideo Levy suggested, but perhaps the myth that the Israeli army, or any army for that matter, is leaving no combatant behind, is worth it.
The army, especially an army that consists of conscripts, lives on myths like that, for that reason it’s necessary that the myth remains believable, remains more than just a myth.