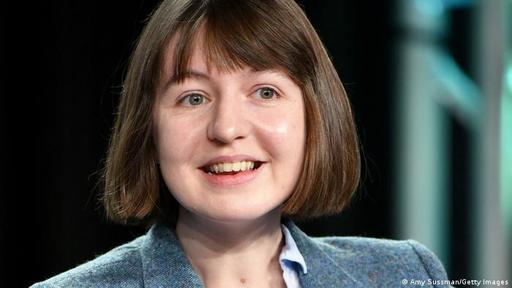 One more time about Sally Rooney – Iris Leal in Haaretz:

‘For many years, the Emerald Islanders have supported the Palestinians, out of identification with them. They view Israel as evil occupying England, and the Palestinians as their own counterparts, struggling for freedom.
But after the 2014 round of fighting in Gaza, something happened. My friend, an English-Jewish author and columnist, who moved 30 years ago to Galway in Ireland (where he is loved and appreciated) described to me the fear he felt for the first time as the streets were flooded with incensed Irish, wrapped in Palestinian flags. Like him, Rooney lives among her people. What he experienced as an escalation in antisemitism, she experienced as an escalation in the violation of Palestinian human rights.’

‘Caspi wrote that if Rooney “truly wants to impact the situation here” she needs to reach Hebrew readers through her books. Cohen-Barak wrote that the fact that Rooney’s books are published in countries infamous for their human rights violations “places a big question mark on the consistency of your approach.” Some determined that Rooney’s action is contrary to the spirit of literature, which is capable of traversing borders and entering hearts. But all comments, without exception, stem from an ethno-centrist viewpoint, according to which there’s a fight going on between Rooney and readers in Israel, and that she has decided to insult them personally.
It’s a bit childish and quite embarrassing. First of all, literature may traverse borders and enter hearts, but in terms of impact – Rooney’s use of her global stature is more effective than people having read her latest novel. She’s not trying to favorably impress us and isn’t impressed herself by the inconsistency Barak-Cohen exposed.’

‘Literature is also an action by the writers themselves, which can subvert through defamiliarization. If you can take a person from real life and cast them in a book, you can do the reverse as well. Rooney has turned herself into a character. Her action paints a portrait in which the model, us, does not recognize their own image.
This is the phenomenon known in psychology as “the uncanny,” a powerful and terrifying experience of disorientation specifically within the realm of the familiar. Here we look at our own familiar portrait and suddenly see the faces of the Palestinians also stamped on it, and no longer recognize ourselves. A true aficionado of literature should, despite the pain, be able to appreciate this. The technical proficiency displayed by this banal writer is impressive.’

As I wrote earlier, Rooney is entitled to inconsistencies, see here,

What’s uncanny about her actions is what Leal is describing, to a certain degree, it’s once again not about the Palestinians, it’s about the Israeli readers and Rooney, readers who otherwise had bought or not bought her book, read it or not read it. The tension, the emotional experience, the debate all took place outside the realm of the novel. The strategy, whether conscious or not, was not a literary strategy. The boycot changed Rooney's novel and maybe some of the Israeli readers, not the political landscape.

If you want to seduce the reader make yourself unavailable.
Cancel yourself.