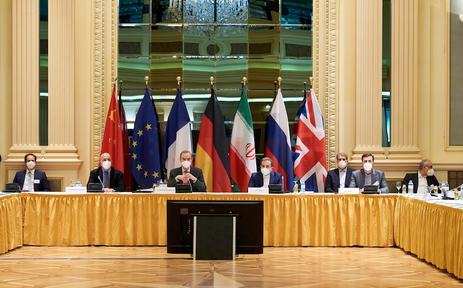 On the seemingly unavoidable – Amos Harel in Haaretz:

‘The United States, which is slowly reducing its interest in the Middle East and is also withdrawing its forces from the region, is even holding back in the face of direct provocation – a suicide drone assault launched by a Shi’ite militia against the U.S. military base at Tanf in eastern Syria.

It seems that now the Biden administration has decided to take off the gloves, and it is doing so in its preferred channel, The New York Times. At first, the paper of record reported that the drone attack in Syria was indirect revenge on Israel – for its numerous assaults against Iranian targets in Syria. On Monday the Times published a long article rejecting most of Israel’s arguments with regard to the nuclear talks.’

‘According to Sanger and his co-authors in the article, over the past 20 months Israel assassinated the head of the Iranian nuclear project, Mohsen Fakhrizadeh and caused significant explosions in four nuclear and missile facilities in Iran, in the hopes of delaying the ability of Iran to build a bomb. But the result, according to U.S. intelligence officials and the international inspectors, was the opposite of what was intended. The Iranians quickly restored operations at the sites and installed new centrifuges that can enrich uranium more rapidly.
After one of the installations took a paralyzing hit in the spring, it was back online by late summer. A senior American official described the program as Iran’s version of Build Back Better, the ambitious new U.S. infrastructure program. These briefings sound like a direct response to briefings from the Middle East this year and last, by which a series of mysterious explosions will set the Iranians back some years, possible many, from their goal.’

‘The sources in the U.S. administration believe that Iran wants to reach the status of a nuclear threshold state, which will leave it a very short distance from manufacturing a bomb if it wants to. This gloomy conclusion underscores the most recent report of the Institute for Science and International Security. In the report, published Sunday, the chief researcher of the prestigious U.S. think tank, David Albright, writes that Iran has enough uranium enriched to near-20 and 60 percent to produce sufficient weapon-grade uranium for a single nuclear weapon in as little as three weeks. Albright adds that some of the major advances are due to the installation of advanced centrifuges.
If Iran wants to manufacture a nuclear weapon, it still needs to execute the military part of its program – installing the bomb as a nuclear warhead on a ballistic missile, a process that according to various experts could take another one to two years. And yet, Albright’s conclusion shows how much the Iranians have advanced while the administrations in Washington – first Trump’s and now Biden’s – persuaded themselves that they were dealing well with the problem.’

Worth noting. NYT as the preferred outlet of the Biden administration.

Iran, two years and three months away from a nuclear bomb.
Still unclear, why exactly is an Iranian nuclear bomb more dangerous than let’s say the Pakistani one.

Also, the famous Israeli sabotage program appears to be if not counterproductive marginal at best. But Stuxnet is still a game changer, albeit not the game changer some people hoped for.