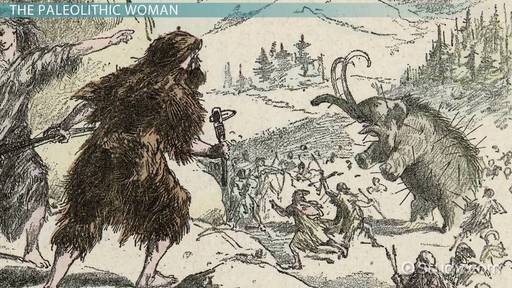 ‘The Dawn of Everything: A New History of Humanity, by the anthropologist David Graeber and the archaeologist David Wengrow, assails the proposition that there’s some cereals-to-states arrow of history. A mode of production, they insist, doesn’t come with a predetermined politics. Societies of hunter-gatherers could be miserably hierarchical; some indigenous American groups, fattened on foraging and fishing, had vainglorious aristocrats, patronage relationships, and slavery. Agriculturalist communities could be marvelously democratic. Societies could have big public works without farming. And cities—this is a critical point for Graeber and Wengrow—could function perfectly well without bosses and administrators.’

‘ It’s all very well for the anthropologist Marshall Sahlins (Graeber’s Ph.D. adviser at the University of Chicago) to have talked about the superiority—moral and hedonic—of the hunting-foraging lifestyle to our own, or for Jared Diamond to have said, for similar reasons, that the agricultural revolution was a terrible mistake. The fact remains that our planet can’t sustain 7.7 billion people with hunting and foraging: there’s no going back when it comes to the rise of agriculture. If growing grain leads to governments—if it entails our submission to state power—there’s nothing much to be done; we are left to watch YouTube videos of happy !Kung people in the Kalahari and sigh over our mug of fair trade coffee.’

‘The Hobbesian spin leads to pigheaded triumphalism; the Rousseauian spin leads to plaintive defeatism. In their view we should give up both and reject the inevitability of states. Maybe history doesn’t supply any edifying counterexamples—lasting, large-scale, self-governing, nondominating communities sustained by mutual aid and social equality. But, Graeber and Wengrow argue, our prehistory does. To imagine a future where we are truly free, they suggest, we need to grasp the reality of our Neolithic past—to see what nearly was ours.’

‘But then they would have had to discard the thesis that Europeans, before the Enlightenment, lacked the concept of social inequality. This claim is plainly wide of the mark. Look south, and you find that Francisco de Vitoria (circa 1486–1546), like others of the School of Salamanca, had much to say about social inequality; and he, in turn, could cite eminences like Gregory the Great, who in the sixth century insisted that all men were by nature equal, and that “to wish to be feared by an equal is to lord it over others, contrary to the natural order.” Look north, and you find the German radical Thomas Müntzer in 1525 spurring on the Great Peasants’ Revolt:

Help us in any way you can, with men and with cannon, so that we can carry out the commands of God himself in Ezekiel 14, where he says: “I will rescue you from those who lord it over you in a tyrannous way…” A vehement opposition to domination and to social inequality was certainly part of the Radical Reformation. Consider the theory and practice, in the same period, of such Anabaptist groups as the Hutterites, among whom private property was replaced by the “community of goods” and positions of authority subject to election.’

‘Then Graeber and Wengrow repeat the familiar line that Rousseau thought everything was great until the state arose, while Hobbes thought everything was rotten. That’s why they say that Rousseau’s version of human history, just as much as Hobbes’s, has “dire political implications”—if granaries inevitably mean governments, “the best we can hope for is to adjust the size of the boot that will forever be stomping on our faces.” Yet those implications don’t follow. In fact, Graeber and Wengrow have read past the fact that Rousseau and Hobbes were, on a critical point, in agreement: in the period that directly preceded the rise of the state, things were awful. Where Hobbes talked about a bellum omnium contra omnes, Rousseau invoked a “black inclination to harm one another.” You could say that Rousseau starts his story earlier than Hobbes (Lovejoy attentively counted four stages that come before political society in the Discourse, though you could draw the lines slightly differently); but the two wind up in the same place. The problem Rousseau identified is that the wealthy sold us on a rigged social compact that secured their interests at the expense of our freedom. And the solution wasn’t to return to the happy days of foraging and hunting; it was to craft a better social compact.’

‘A reader who does the armchair archaeology of digging through the endnotes will repeatedly encounter this sort of discordance between what the book says and what its sources say. Was Mohenjo Daro—a settlement, dating to around 2600 BC, on one side of the Indus River in Pakistan’s Sindh province—free of hierarchy and administration? “Over time, experts have largely come to agree that there’s no evidence for priest-kings, warrior nobility, or anything like what we would recognize as a ‘state’ in the urban civilization of the Indus valley,” Graeber and Wengrow write, and they cite research by the archaeologist Jonathan Mark Kenoyer. But Kenoyer has concluded that Mohenjo Daro was likely governed as a city-state; he notes, for instance, that seals with a unicorn motif are found throughout Indus settlements and infers that they may have been used by officials “who were responsible to reinforce the economic, political and ideological aspects of the Indus ruling elite.” Why should we hesitate to dignify (or denigrate) such a place with the name “state”? Then there’s Mashkan-shapir in Iraq, which flourished four thousand years ago. “Intensive archaeological survey,” we’re told, “revealed a strikingly even distribution of wealth” and “no obvious center of commercial or political power.” Here they’re summarizing an article by the archaeologists who excavated the site—an article that actually refers to disparities of household wealth and a “walled-off enclosure in the west, which we believe was an administrative center,” and, the archaeologists think, may have had an administrative function similar to that of palaces elsewhere. The article says that Mashkan-shapir’s commercial and administrative centers were separate; when Graeber and Wengrow present this as the claim that it may have lacked any commercial or political center, it’s as if a hairbrush has been tugged through tangled evidence to make it align with their thesis.’

‘Indeed, when the dust, or the darts, have settled, we find that Graeber and Wengrow have no major quarrel with the “standard historical meta-narrative,” at least in its more cautious iterations. “There are, certainly, tendencies in history,” they concede, and the more reputable versions of the standard account concern not inexorable rules but, precisely, tendencies: one development creates conditions that are propitious for another. After agriculture came denser settlements, cities, governments. “Over the long term,” they grant, “ours is a species that has become enslaved to its crops: wheat, rice, millet and corn feed the world, and it’s hard to envisage modern life without them.” They don’t dispute that forager societies—with fascinating exceptions—tend to have less capital accumulation and inequality than sedentary farming ones. They emphatically agree with many evolutionists of the past couple of centuries that “something did go terribly wrong in human history.”’

‘We should readily accept that human beings routinely resist being dominated, even if they routinely seek to dominate; that self-organization, voluntary association, and mutual aid are vital forces in our social history. It’s just that Graeber and Wengrow aren’t content to make those points: they want to establish the existence of large, dense, city-like settlements free of rulers or rules; and, when the fumes of conjecture drift away, we are left without a single unambiguous example.
Whatever its empirical shortcomings, The Dawn of History must be accounted an imaginative success. Marx’s Capital came with an edifice of prehistorical and historical conjecture; the core tenets of Marxism do not stand or fall with it. The Dawn of Everything, too, has an argument to make that is independent of all the potsherds and all the field notes. In an era when social critique largely proceeds in the name of equality, it argues, in the mode of buoyant social prophesy, that our primary concern should, instead, be freedom, which it encapsulates as the freedom “to move, to disobey, to rearrange social ties.”’

‘And the worst argument to make against anarchism—against a polity without politics—is that we haven’t quite seen it up and running yet. “If anarchist theory and practice cannot keep pace with—let alone go beyond—historic changes that have altered the entire social, cultural, and moral landscape,” the eminent anarchist Murray Bookchin wrote three decades ago, “the entire movement will indeed become what Theodor Adorno called it—a ‘ghost.’” We live in an era of the World Wide Web, same-sex marriage, artificial intelligence, a climate crisis. We don’t need to peer into our prehistoric past to decide what to think about these things.’

‘That’s what Rousseau came to think. By the time he published The Social Contract (1762), he had given up the notion that political argument needed to be buttressed by some primordial utopia. “Far from thinking that neither virtue nor happiness is available to us,” he argued, “let’s work to draw from evil the very remedy that would cure it”—let’s reorganize society, that is, through a better social compact. Never mind the dawn, he was urging: we will not find our future in our past.’

I liked Graeber’s book on debt, at least half of it, and it must be refreshing to write (and read) a book that is more preoccupied with freedom than equality, and is not written by a conservative man who believes that Muslims, Latino’s, Jews or any other other are out there to get him.

But what exactly went wrong in human history? Accepting that something did go terribly wrong in our history is almost accepting the original sin. Didn’t it go wrong from the very beginning?

And even then I’d like to say: it could have been worse. The idea that we live in the worst world imaginary is as shallow as some of the ideas that Voltaire ridiculed in ‘Candide’.

If you accept that the world is very much like a casino, run by gods and some human helpers, us, the question is: what do we expect when we enter a casino? We expect suspense, and we know that most probably the casino will take 70 or 80 percent of our money. On average.

This is needless to say a Western or at least privileged perspective, the perspective of a human being who is free to enter and to leave several casino’s a day without losing his life, most of the time.