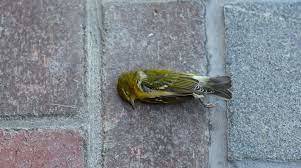 Since Thanksgiving a dead bird, a small one, almost completely eaten, is lying on the steps outside my apartment.
A neighbor with a dog – I had never seen him before – took a picture of the bird and said: ‘This was a rat’s dinner.’ I nodded. I was wondering whether the rat had killed the bird or the bird had died of natural causes and then became somebody else’s dinner.

The leftovers of the rat’s dinner are still there.

Sooner or later, we will all be somebody else’s dinner, unless we are being cremated. But I for one prefer to become the brunch of small and rather disadvantaged animals.