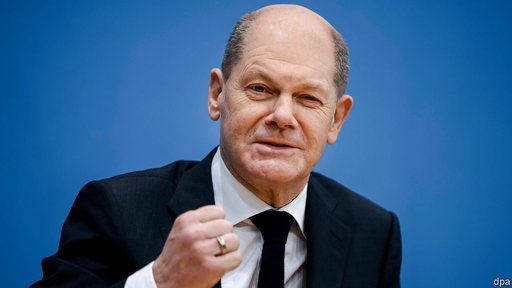 On the new government – Der Spiegel:

‘Christian Lindner is a master of the cleverly chosen tactical quote. In his speeches and appearances, the head of the business-friendly and market-oriented Free Democratic Party (FDP) frequently cites authors, philosophers and other intellectuals to buttress his positions and appear cultivated – and, of course, to grandstand just a bit. Recently, Linder has even discovered a fondness for quoting Social Democrats.’

‘The political constellation that will soon be taking over power in Germany is unprecedented at the federal level in the country. If you ignore the fact that German conservatives are divided into two parties -- the Christian Democrats (CDU) and the Christian Social Union (CSU) in Bavaria -- this is the first real three-party alliance to lead the federal government since 1957. It will likely produce the first female foreign minister ever in postwar Germany. And the size of the challenges facing this government are also rather novel.’

‘"Dare More Progress": Such is the title of the coalition agreement chosen by the three parties. And that, too, is a quote from a Social Democrat, this time from Willy Brandt himself, whose message back in the 1960s was "dare more democracy” to finally rid the country of the fusty remnants of its infatuation with authority. Olaf Scholz of the SPD, Robert Habeck of the Greens and Christian Lindner of the FDP want to both put the brakes on global warming and rid the country of fax machines.’

‘As a result, many in the FDP were concerned that in a three-party coalition, they would be the odd one out. Now, though, as the coalition gets set to kick off, there are a number of indications that the situation is rather different, and that if any party is the odd one out, it may be the Greens.
This view isn’t just the product of the awkwardness on display at the press conference, nor is it derived from Lindner’s newfound appreciation for the words of past SPD greats. It is informed by accounts from the negotiations themselves – an astounding number of which follow the same pattern. On a number of points, according to these accounts, the SPD and FDP quickly found common ground, while the Greens frequently clashed with the FDP or got in their own way. The talks, apparently, were quite difficult – but they were difficult in unexpected ways.’

‘Lindner knows that the Greens could never allow such a thing – handing away their core issue, and to the FDP of all parties. And ultimately, say people who took part in the just-concluded Traffic Light negotiations, Lindner actually deployed this plan. As soon as the Greens indicated even the slightest interest in the Finance Ministry, Lindner sprung his trap. Habeck and Baerbock were fully aware that if the Greens didn’t end up with the Environment Ministry, they would have a party revolt on their hands. And they couldn’t take that risk.
It was, of course, a bit of a bluff. Why should the FDP saddle themselves with a portfolio that is far down the priority list for their supporters – behind tax cuts, support for mid-sized companies and the continuation of private health insurance alongside the public healthcare regime? Ultimately, though, the move worked, and Lindner is now set to become finance minister, making him the winner of the first significant power struggle – to the detriment of the Greens.’

‘Now, when the subject turns to the FDP, Social Democrats are more likely to offer gushing praise. Lindner, says one senior Social Democrat, is "incredibly knowledgeable about the details," and is "a wonderful person." Only good things can be heard as well about Volker Wissing and Marco Buschmann, the designated ministers for transport and justice, respectively. They are, says on SPD member, "smart, well-read, good people." Another Social Democrat says of the two: "They’re the kind of people you’d like to go out for a beer with." Comparable declarations of affection for the Greens don’t currently seem to be a part of the SPD lexicon.’

‘On paper, his chances for success aren’t so bad – even some climate activists are praising the targets agreed to in the coalition agreement: A special electricity surcharge for consumers and businesses under the German Renewable Energy Sources Act will be eliminated in 2023, buildings are to be renovated and a supply of hydrogen is to be established. The future government also wants to subsidize the construction and operation of climate-neutral manufacturing facilities. The only problem is that all these things will cost billions of euros, and where is that money supposed to come from? Habeck is doing his best to exude confidence, but Lindner, as finance minister, will be holding the purse strings and could end up favoring Volker Wissing, the fellow FDP member who will be taking on the transport portfolio, when it comes to handing out funds.
Most Greens have accepted that Habeck had little choice but to cede the Finance Ministry to the FDP. Their hopes hadn’t been particularly high anyway. The fact that the FDP also managed to secure the Transport Ministry, however, has upset many in the Green parliamentary group.
When that group met on Wednesday morning, they demanded an explanation from their party leadership. Habeck answered evasively and referred the fact that they had finally secured the agriculture and environment ministries. But that was hardly enough for him to quell the discontent.’

‘Baerbock didn’t fare nearly as well as hoped in the national election and she was forced to cede the role of vice chancellor to Habeck. For election winner Scholz, on the other hand, the coalition negotiations were also a success, at least to a large extent.
Scholz was able to push through the minimum wage, a change to the social safety net that would allow the pension system to invest part of its money in capital markets and significant changes to the country’s long-term welfare program. In addition to the Chancellery, the SPD will also be in charge of key ministries like labor, interior and defense. There is little criticism within the SPD. The party has spent years quarreling internally, but that is barely visible now.
Scholz also managed to win the respect of his future coalition partners. People inside the FDP, in particular, were impressed by the depth of his knowledge of the issues involved in the negotiations. Scholz had been the first to read the draft agreement from cover to cover and to be able to quote from memory what had been written at the bottom of page 80. The future chancellor, at times, seemed like the class nerd.
But Scholz, as serious as he may appear, isn’t much less vain than Habeck and Lindner. The only thing he cares less about than the other two is his hairstyle, because he doesn’t have much of it.’

‘Does being in the role of vice chancellor make Habeck Lindner’s boss? Does he hold any sway over the FDP leader? FDP doesn’t see it that way at all. Lindner, members of the FDP say, sees himself "on equal footing” with the Green Party leader. On this line, he has the backing of the coalition agreement, which names the FDP leader as a kind of informal second vice chancellor, according to the rules of procedure of the federal government.
How Lindner interprets that role is likely to become clear in the first real showdown with Habeck.’

Scholz as vain as Lindner, but only with less hair. Well, he is proof that bald men can win elections, maybe not in the US, but in Germany it’s possible.

It might be less surprising that the SPD and the FDP felt real mutual attraction, after all the Greens are closer to the CSU, those who think of the Greens as a vegetarian CDU are not completely wrong.

And the high expectations of this government are probably its biggest enemy.

Merkel was very good at managing expectation, in other words, keeping them low.