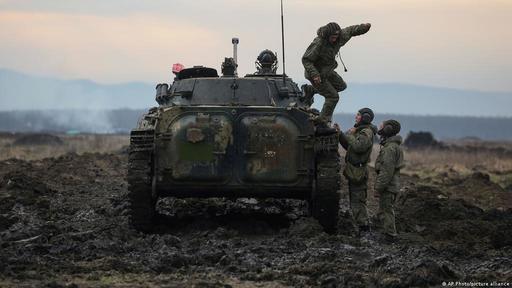 ‘ ‘Most of the explanations you see in America for Putin’s behavior center on his need for more domestic popularity, or to keep the West off balance, or his feelings about a supposed encirclement by nato. Many of these explanations are not really Ukraine-specific, but I’m curious how you see what Putin is doing.
I just read an interview with Dmitri Trenin, who is the head of the Moscow Carnegie Center. He says that, for a while, Russia’s foreign policy stood on the shoulders of what [Mikhail] Gorbachev built, and held that, after the Soviet Union collapsed, Russia and other former Soviet countries would, little by little, become part of the West. For that, there were some requirements: democracy, human rights, rule of law, less corruption, and so on. But, at this moment, Russia feels that it doesn’t want that anymore. Putin doesn’t want any conditions. He actually doesn’t want to join this club. He wants to have a world where Russia is strong, and decisions globally are not taken without Russia, including important decisions in the Middle East and in Latin America. So Russia wants to be, again, a global power, not just a nice member of the international liberal order.
Ukraine is just too big to ignore, and Putin himself seems to have an obsession with Ukraine. This summer, he wrote an article about Ukrainian history. Putin usually achieves everything he wants, but Ukraine is a country where he failed twice. In 2004 and in 2014, he backed a pro-Russia, authoritarian candidate, using great effort to cement his rule, and twice, popular uprisings by Ukrainians did something he feared and didn’t want to have happen. The Ukrainian people voted differently. And, with their protest, they kind of mocked Russia. So Putin feels offended and betrayed by Ukraine and by the Ukrainians—not just by the Ukrainian government. So I think for him it’s quite important to prove that no, this democracy is not really genuine, that it’s the West that wants to impose it on the Ukrainians. To admit that societies can do it themselves is to admit that change could be possible in Belarus, in Georgia, and in Russia as well.’

Part of the world is guessing what Putin wants, what Putin needs, what he is obsessing about and what not.
Putin himself must enjoying this tremendously.

In the meantime the Pentagon stated that Russia had enough near the Ukrainian border to invade the whole country, but the Ukrainian president played down the threat.

‘President Volodymyr Zelensky of Ukraine said that the security situation surrounding his country — where intelligence officials estimate that 130,000 Russian troops have amassed near the borders, including north of the capital, Kyiv — was not much different than at this time last year, and, while dangerous, did not necessarily mean that war was imminent or unavoidable.’

It’s a matter of weeks, invasion or no invasion, and we will start speaking about Russia’s endgame. Which is the extended version of guessing what Putin wants.