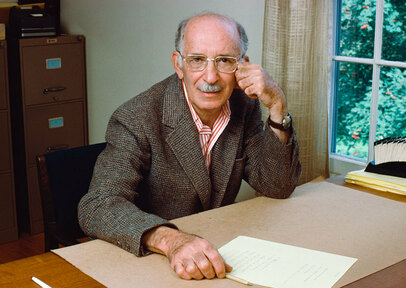 On ‘a Jewish mafia’ – Tzach Yoked in Haaretz:

‘More than 50 years after his death, Jack Kerouac, the man who wrote the iconic novel “On the Road,” is still considered one of the most influential American writers of the 20th century, and one of the most outstanding voices of the Beat Generation. But it turns out that not everyone thought so at the time, according to him. “He would rant for hours about the Jewish literary mafia that he believed had placed a moratorium on publication of his work,” writer Jack McClintock said in a profile of Kerouac in Esquire Magazine, after Kerouac’s death in 1969.
Kerouac wasn’t the only one who harbored such opinions. Katherine Anne Porter, whose “Ship of Fools” was the best seller of 1962 (and became a successful film directed by Stanley Kramer), was sure she knew what the obstacles were on her road to fame.’

‘Truman Capote, arguably the most successful and talked-about writer of his generation, was sure enough of his status to declare outright what others only whispered. In a 1965 interview in Playboy, he attacked what he called the “Jewish literary mafia,” which he defined as a group of writers and critics from New York who dominated the country’s literary and publishing worlds, and could “make or break” careers.
Capote also cited a number of writers whom he said had been slighted: “The odds are you haven’t heard of most of them, for the simple reason that the Jewish Mafia has systematically frozen them out of the literary scene,” including John Knowles, Donald Windham and John Hawkes.’

‘Levin, who was born in Chicago, visited Israel more than once and wrote about Jewish subjects and the Holocaust. In 1972, he bought a half-page ad in The New York Times asking (in all caps): “Can a literary mafia affect your choice of books?” He described how he was also a victim of the same clique, which blocked publication of reviews of his new books because he was ostensibly the wrong kind of Jew – or as he put it, he was “too Jewish” and “too nationalist.”’

‘"When we look at Kerouac, on the one hand, it’s hard to think inantisemitic terms about someone whose greatest creative partner was Allen Ginsberg, who was Jewish. On the other hand, when we take into account the time and place where he [Kerouac] grew up, there’s no doubt he was exposed to quite a few antisemitic ideas that were common in those days in the United States. In contrast, when I read the quotes of Katherine Anne Porter, it already clearly sounds like antisemitism.” Although Lambert acknowledges Kerouac’s and Capote’s feelings of frustration in the face of the apparent dominance of Jewish figures in the literary realm, it’s important to him to show in his book the baseless nature of the concept of a “Jewish mafia” per se – that is, in the sense of a powerful, organized body working in concert, whose members sit behind closed doors and decide who gets exposure and who stays in the shadows.
Instead, he refers to a “literature liberation movement” of Jewish editors, critics, authors and publishers, who in the middle of the last century enjoyed unprecedented prosperity after many years of institutionalized discrimination that blocked their way to most of the important jobs in their world. This movement was characterized by social solidarity and its members studied with the same Jewish scholars and thinkers, and often saw the world through those same literary glasses.’

‘According to Lambert, the great influence enjoyed by the Jews in the literary arena followed years of suffering blatant discrimination. “During the first decade of the 20th century it was impossible for a Jewish person, regardless of his talent, to be hired by a major publisher, appointed to an editorial position in an important literary magazine or be appointed a professor in an English department in a prestigious university,” he writes.’

‘A similar phenomenon took place in the world of journalism. It began in 1896, when Adolph Ochs, who was Jewish, purchased The New York Times. One after another Jews were appointed as senior editors and reviewers on several of the most highly regarded publications in the United States. Daniel Bell was appointed editor of Fortune magazine, Irving Howe became the literary critic of Time magazine, and in 1963 two Jews, Robert Silvers and Barbara Epstein, founded the highly regarded The New York Review of Books.
When you talk about Jews who for years were barred from the literary world and afterward founded their own publishing companies, that’s reminiscent of a parallel situation of Jews who established hospitals or banks for the same reasons.
Lambert: “That’s an interesting comparison, but there’s one difference – namely, that the Jews who founded Mount Sinai Hospital or Goldman Sachs did so with the assumption that these were institutions designed to serve a Jewish population, even if later on they began to serve everyone. On the other hand, the Jews who founded Random House, Simon & Schuster or Knopf deliberately took steps to establish a publishing house that would include everyone and not only Jewish writers.”’

‘If they had so much money, they could have invested in railways or coal mines. Why did they choose books of all things? “In every group there are people who love literature and art and people who don’t, like quite of few of their friends who came from the same background and had no interest in the literary world. As I understand it, these were Jews who wanted to take advantage of the literary world to achieve social status. People who encountered a situation in which high society was often closed to them due to restrictions on Jewish membership in all kind of social clubs. For them, the publishing house was an opportunity to achieve the same prestige by connecting to some of the most influential writers and editors.” And the fact is that several of the greatest writers in mid-20th century United States were Jews, including Isaac Bashevis Singer and Philip Roth. For their part, Capote and his friends considered Roth to be the embodiment of the exaggerated power and influence of the Jewish mafia. Their grievances reached a peak in 1960, when Roth won the National Book Award for “Goodbye Columbus,” which includes a novella and five short stories. Roth was 27 years old at the time, the youngest-ever recipient. What exacerbated the situation was the fact that a year earlier, another Jewish writer, Bernard Malamud, won the prestigious award for his short story collection “The Magic Barrel.” There were apparently many people who believed that it was not at all a coincidence that the two Jews had won the award.’ (…)

‘“I believe that in every period of American culture there’s a wave of stories that everyone wants to tell, and that there’s excitement. At that moment in the culture, 15 years after the end of World War II, many people felt that there was something fascinating about those Jewish stories.”’

Literature as cultural capital (those were the days) and the slight distinction between a liberation movement and a mafia.

The interesting thing remains that neither Malamud nor Roth were celebrating victimhood, there was a clear distinction between an outsider and a victim. Nowadays that distinction has become non-existent.

I would not consider that progress.