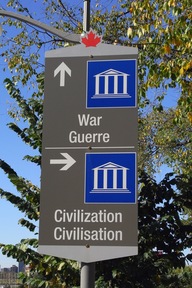 Next to one of my bookshelves a pile of unread magazines is growing.
Sometimes I try to fight the pile, sometimes I decide to be indifferent to the pile, there are nights when I think the pile should be loved and pampered.
Today over lunch I tried to fight the pile.
In an old issue of TLS I read Mark Mazower’s review on Berbard Wassersein’s “Barbarism and Civilization, A history of Europe in our time”.
Mazower writes about Wasserstein: ‘He is not the man to be panicked by population slowdown and 9/11 and the rise of immigrant (meaning Muslim) communities in the continent’s great cities. He notes the greater toleration of sexual and cultural difference and other improvements compared with the past. Europeans may “have gone down in the world”, as he puts it, but they have better health, better teeth and (at least until recently) they seemed to be able to control capitalism and to live in societies with increasingly equal income distribution.’ And also: ‘In our new world, even a reunified Europe is no longer at the centre of things. And yet this hardly seems a good reason not to think seriously about its place in the global order. Europe does not stand for civilization any longer, it is true. But the fact is, nobody does.’

This should be a concern to anybody and definitely to a novelist. What stands for civilization and what does civilization stand for.
One possible answer is given by Mazower and Wasserstein: teeth, beautiful teeth.