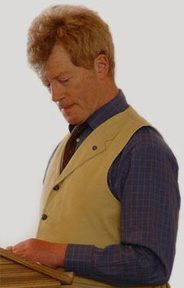 Check out Roger Scuton’s site.
There you read: "Who cares? Admittedly, not many. But he has been awarded an honorary doctorate, for services to literature and philosophy by Adelphi University, New York, and another honorary doctorate in recognition of his intellectual work, by the Masaryk University in Brno, Moravia. He has also been awarded the First of June prize by the city of Plzen, for services to the Czech people in their resistance to communist oppression, and has been decorated by President Havel for the same cause. He received the Richard M Weaver award for scholarly letters in 2004. He has given the Owen Memorial lectures in the University of Wales, the Jones Memorial Lecture at the University of Swansea, and the Stephen Memorial Lecture at the University of Cambridge."

And also: "In comparison with him, most of his critics are intellectual pygmies."

For my next birthday I would like to invite twelve intellectual pygmies. If you know a few of those pygmies who are still able to tavel let me know.