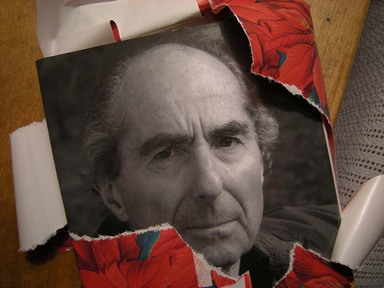 Last night I saw the movie “Elegy”. The film is based on the Philip Roth novel “The Dying Animal”, which I have not read.
The movie has many flaws and I wonder if the novel is to blame for a few of them.
In the movie professor Kepesh falls in love with one of his students. They have a fairly happy relationship, which consists mainly of steamy sex and occasional walks on the beach.
After having slept with him for quite a while the student would like professor Kepesh to come to her graduation party. He refuses because he is ashamed of the age difference that separates them.
Then she cuts off all contact. Professor Kepesh’ daily dose of self-pity is growing.
After two years the student contacts professor Kepesh again. She has breast cancer.
It seemed that the student must be punished for not having contacted Kepesh for two years.
At best the breast cancer is a kitschy solution to bring the narrative to some sort of climax.
I know that some people think that Mr. Roth is a misogynist.
Regardless of whether Mr. Roth is or is not a misogynist this movie's combination of self-pity and typical male fantasies about younger women was unpleasant. And I’m not convinced that Mr. Roth is completely innocent.