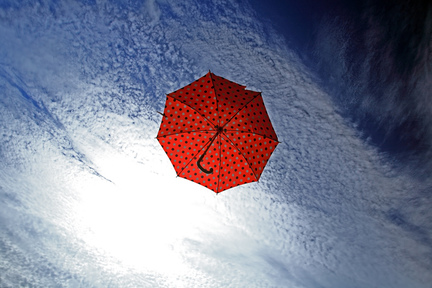 I stumbled upon these sentences in “Against Love” by Laura Kipnis:

A wife is like an umbrella – sooner or later one takes a cab.

Explanation: men marry to protect themselves from the temptation to visit prostitutes, just as an umbrella is supposed to protect against rain. But the sexual satisfactions of marriage, like an umbrella in a thunderstorm, just aren’t protective enough. In a downpour, sooner or later you’re going to find yourself in a public vehicle.”

After having read this I said to a woman: “You are the perfect symbiosis of an umbrella and public transportation.”

To be perfectly honest I said it to a couple of women. Just to test Freud's wisdom.