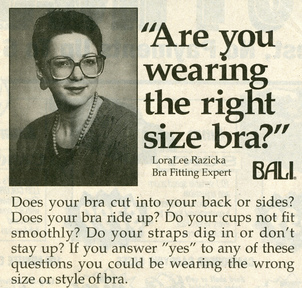 On Saturday night, after my interview with Samir El-Youssef I had drinks with a group of people in Antwerp.
Samir El-Youssef came up with the interesting question: “When are you halfway through?” I believe he was referring to sex, but the question remains interesting when it comes to other subjects.
At the end of the night I was being ridiculed, for I suggested that 34D is a bra size.
A woman said: “78D is a bra size, you are speaking about bra’s for children here.” I have to admit I never bought a bra for any of my girlfriends, but I often joined them to the lingerie shop. While they were picking out their underwear I read the newspaper and at the end of the excursion I accompanied them to the cashier with my credit card.