Too good to be true 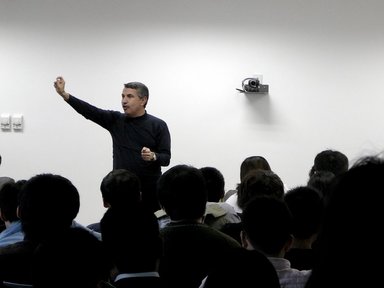 In a profile in The New Yorker the foreign affairs columnist of the New York Times Thomas L Friedman is being described as the most influential columnist in America.
I wonder whether he is so influential thanks to his love for folksy platitudes (I’m not the first one to notice this) or despite his habit to spice up his columns with trite remarks.
Just a few examples from one of his recent columns: “But when something seems too good to be true, it usually is.” “Barack Obama surely has one of the toughest leadership challenges any incoming president has ever faced.” “You put this much leverage together with this much global integration with this much complexity and start the crisis in America and you have a very explosive situation.” “Right now we need to throw everything we can at this problem to make sure this recession doesn’t spiral down into a depression. This is no time for half-measures.”

Whenever you think you have found true love think of Friedman: “When something seems too good to be true, it usually is.”

Whenever you run into my mother think of Friedman: “You have a very explosive situation.”

Before having sex think of Friedman as well: “This is no time for half-measures.”