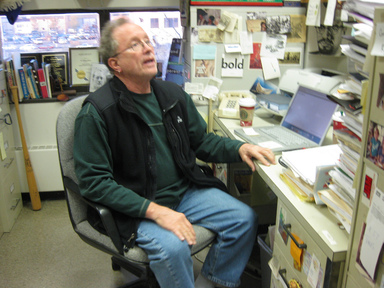 This op-ed piece by Bill Ayers is worth reading: “With the mainstream news media and the blogosphere caught in the pre-election excitement, I saw no viable path to a rational discussion. Rather than step clumsily into the sound-bite culture, I turned away whenever the microphones were thrust into my face. I sat it out.
Now that the election is over, I want to say as plainly as I can that the character invented to serve this drama wasn’t me, not even close.”

Sometimes I have the feeling that the character invented to serve a certain drama wasn’t me. Many of us might share this feeling.