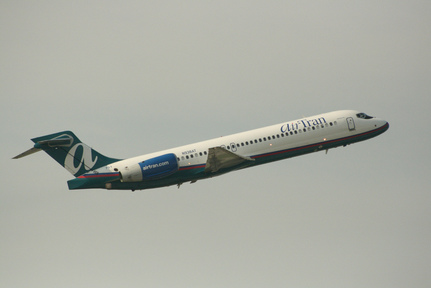 The Hindustan Times reports: “A US airline has apologized to members of an Indian-origin Muslim family including three children, who were off loaded from a plane after co-passengers overheard what they thought was a "suspicious" remark.
The family was not allowed to board the AirTran flight to Orlando from Washington after they were removed from the plane despite the FBI clearing them of any wrongdoing.
Kashif Irfan and his brother Atif, both Indian-Americans born in Detroit and based in Virginia, along with their wives, a sister and 3 children were removed from the flight before takeoff on Thursday after some passengers reported that one of them was discussing the safest place to travel in an airplane.”

Let this be a warning: don’t discuss the safety of a plane inside the plane. Especially not when you are looking vaguely suspicious.
To be on the safe side just say these two words on a plane: "Chicken, please."