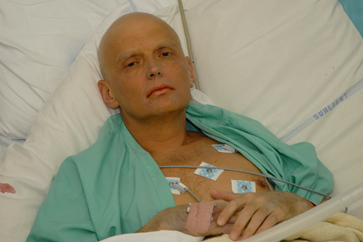 The New York Times of December 2: “Alex Goldfarb, a close friend of Mr. Litvinenko’s who has emerged as a family spokesman, said that he had been told that his friend’s body would have to be sealed in an airtight container and that it was so contaminated that it could not be cremated for 22 years.” Once I met a Irish writer who claimed that his former literary agent was a spy.
Another man claimed that one of my colleagues worked for the British secret service.
When is an agency going to see that I’m serious about collecting tiny pieces of information? In all modesty: I’m a gun for hire.