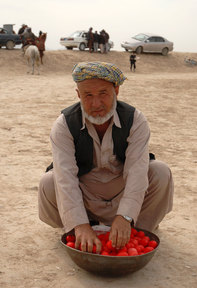 Last night I started reading "The Forever War" by Dexter Filkins. I consider myself a seasoned reader of war literature but I was stunned by the violence:

"I was using a translator, and Sakhi, numb and depressed, kept using the Dari words, barcha, which meant 'spear,' and tabar, which meant 'ax.' I still have the words in my notebook. My translator was having trouble understanding, so I asked him to ask Sakhi to slow down and tell us what the Taliban fighters had done. And Sakhi told me, in the lifeless way that he was speaking, that the Talibs were doing with the barcha what anyone would do with such an instrument, they were pushing them into people's anuses and pulling them back out of their throats. He and his family had come on foot."