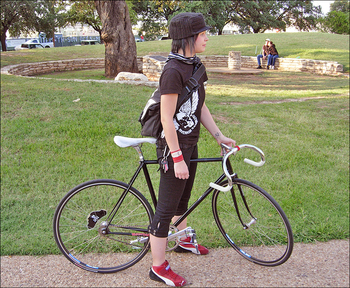 A good friend alerted me to this column by David Brooks: “The time has finally come, some writers are predicting, when Americans will finally repent. They’ll move back to the urban core. They will ride more bicycles, have smaller homes and tinier fridges and rediscover the joys of dense community — and maybe even superior beer.
America will, in short, finally begin to look a little more like Amsterdam.
Well, Amsterdam is a wonderful city, but Americans never seem to want to live there. And even now, in this moment of chastening pain, they don’t seem to want the Dutch option.”

Mr. Brooks can be proud of me; after moving to New York I stopped biking.

Mr. Brooks notes: “If you jumble together the five most popular American metro areas — Denver, San Diego, Seattle, Orlando and Tampa — you get an image of the American Dream circa 2009.”

I love to please Mr. Brooks and I know it is awfully un-American but I’m not going to move to Denver or Tampa, I’ll stay in New York City.