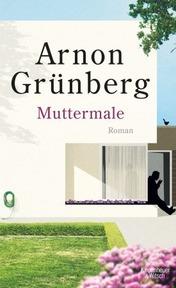 It's happening, the full month of October 2016 Arnon Grünberg will embark on the traditional "Lesereise" through Germany, Austria and Switzerland to promote his new novel in German, Muttermale ("Birthmarks"), published by Kiepenheuer & Witsch. This year it received rave reviews in the Netherlands and it is considered as one of Grünberg's best works to date. More info about the German edition go here. All the dates of the Lesereise will be announced soon.