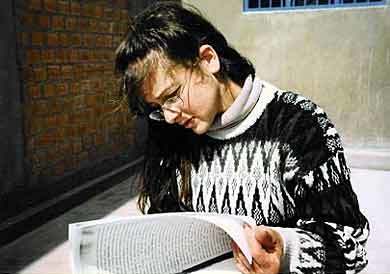 Friday the 26th of January NRC Handelsblad will feature a large article by Arnon Grunberg about his second visit to Lori Berenson in Peru as part of the series Among the People.
His first visit to her was in company of her father in the late summer of 2006.
For more info on Lori Berenson check the link below.

Arnon Grunberg's series Among the People is named after Maxim Gorki's famous advice for writer Isaak Babel to go 'among the people'. The subject of the first columns was Grunberg's travel to the Dutch troops in Afghanistan in the summer of 2006.
Throughout 2006 and 2007 articles appeared on diverse subjects in different countries such as the camps of Guantánamo Bay in Cuba, Hezbollah in Lebanon, investing in Kosovo and Montenegro, and the mennonites in Paraguay.
In the summer of 2007 Grunberg worked undercover as a chamberboy in a Bavarian hotel.