Tales from the Lowlands 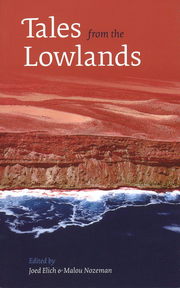 On the occasion of the 20th edition of the Adelaide Writers' Week the anthology of stories by Dutch writers called Tales from the Lowlands was published (ed. Joed Elich and Malou Nozeman).
Arnon Grunberg, who was a guest in 1998, contributed with a part from Among Soldiers, about his stay with the Dutch army in Afghanistan in the summer of 2006.