A Door Remains a Door 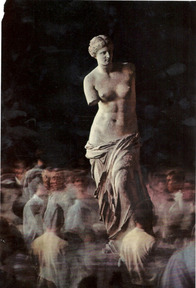 In his banquet speech, Coetzee poses the rhetorical question: "And for whom, anyway, do we do the things that lead to Nobel Prizes if not for our mothers?"
First person plural. Coetzee speaks not only for himself, but also on behalf of all potential Nobel Prize winners and also-rans. I have absolutely no desire to speak out against this claim. Of course he is right, yet it remains a rather remarkable statement, particularly for a banquet speech. The Nobel Prize as Wiedergutmachung.
A few seconds later he wonders aloud: "Why must our mothers be ninety-nine and long in the grave before we can come running home with the prize that will make up for all the trouble we have been to them?"
Could it be that Coetzee truly believes that the Nobel Prize makes up for everything? And given, we have caused our mothers trouble, but what about the things they have done to us? Elizabeth Costello's son mostly remembers the sorrow she has caused him.
The mother brings forth the son, she feeds him, keeps him alive, she teaches him to see the world through her eyes. She has more responsibilities towards the child than the child does towards her. Later the son begins to bring forth things as well. He brings forth a mother who expects something from him, a mother who must be compensated for the trouble he has been to her, and only the Nobel Prize is compensation enough.
The son is the character who has freed himself of the author, or who lives in the illusion of having freed himself. Yet that liberation, or the illusion of it, is a wound that does not heal, that may not heal, for only so, thanks to that wound, can he convince himself over and over again that he has freed himself. The price of that liberation is a debt that cannot be repaid. A Nobel Prize is, in fact, only a downpayment, something of which mothers say: "Has it taken you this long? Well it was about time. They probably couldn't find a better South African. And why just one prize? You studied mathematics, didn't you? Don't they hand out Nobel Prizes for that anymore?"
In an essay about Gerrit Achterberg's "Ballad of the Gasfitter", which he translated into English, Coetzee writes: "All versions of I are fictions of the I. The primal I is not recoverable." That is not a completely new observation, but he poses it in a pleasantly clear and concise fashion.
The I of the banquet speech is a different I from that of Elizabeth Costello. In the world of the novel, the truth that sticks to the facts does not always summon up the greatest possible trueness; perhaps that applies to the world of the banquet speech as well.
The question Coetzee's Nobel speech "He and His Man" raises is: who is this man of his, the man of Robin, a castaway, who has been rescued and lives a reclusive life in Bristol? A writer. Who is this writer's man, who sends him reports concerning birds and engines of execution? Isn't this man of his Robin himself? Coetzee writes, and please note the irony: "It seemed to him, coming from his island, where until Friday arrived he lived a silent life, that there was too much speech in the world." But apparently, however much speech there may be, Robin after his wife's death still cannot get by without the human voice, without the world of play, even if it means that he must invent that voice, construct it.
Coetzee speaks of the poetics behind "Ballad of the Gasfitter" as the poetics of failure. And he describes Achterberg as a poet who is forced to say the same thing over and over again, because he has nothing to say. But to that Coetzee adds: "Nothing is the constant source from which everything wells."
I see in Coetzee's oeuvre - Coetzee has said that all reading is translating - a paean to frivolity. If Susan Barton compares the answering speech to an embrace, if Costello claims to act in fiction and therefore to believe in things only provisionally, if David Lurie's affair with a female student makes him appeal to "the god who makes even the small birds quiver", if Robin claims that all of married life was nothing but a bitter disappointment, then Coetzee is defending frivolity.
If the primal I is not recoverable, the only tenable position is a frivolous one, a tentative one. Referring to nothing as the constant source from which everything wells is a frivolity that only an outsider, a stranger, can permit himself.
Coetzee's books show that frivolity need not end in noncommitment or indifference. The outsider, and Coetzee tends to write about outsiders, people who see themselves as islands, is himself a frivolity. He participates through observation, and that allows him to see what could better remain unseen. Just as Achterberg's gasfitter never finds the 'You' of his life, yet notes: "A door remains a door." The poetics of failure is a frivolous poetics.
Coetzee examines the boundaries of frivolity, takes it seriously at last. The world of play is always frivolous in part. Coetzee shows us that it can be ominous as well, unpleasant at times and often uncomfortable, but necessary. A dangerous business, because threatening to everyone and everything that can be unmasked by frivolity.
In his "Ballad of the Gasfitter", Achterberg writes:

"Indeed I can quite freely step inside as (at your service) gasfitter by trade."