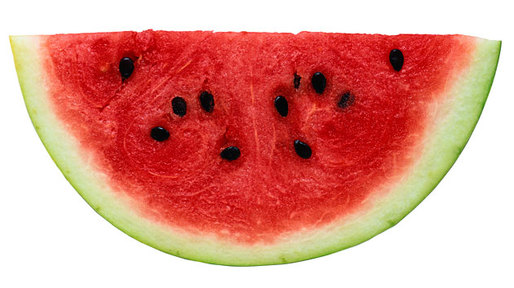 My contribution to the barbecue was a watermelon, which I thought was an appropriate gift in this heat. I had picked out the biggest and most beautiful one. Only when I was back out on the street did I realise that it was impossible to lift it. I waited for a cab for twenty minutes, but it was a Friday afternoon and there were no free cabs. Some people mistook me for a lost vendor, waiting to unload his last melon. ‘I’ll take it for two dollars,’ they’d say. Others simply started squeezing the melon. When I asked them, ‘Could you please stop doing that?’ they’d look up at me, surprised. Sometimes they walked away shaking their heads, like I was some cranky fruit salesman.
Finally I realised there was only one way that I could reach the barbecue in time: I’d have to roll the melon there. Fortunately, sidewalks in New York are quite suitable for this – they’re made for people in wheelchairs. Another advantage is that dog shit here has to be cleaned up right away. The only thing I wasn’t able to avoid was a dead mouse. I could have steered the melon a little tot the right, but then it would have rolled over an old lady’s shoe. In a flash, I envisioned how the old lady would bash me with them. The newspaper had said the heat was causing a lot of agression among New Yorkers. So I went for the mouse.
We headed down a small hill, and every now and then the melon went faster than I did. Most commuters, with battle-weary expressions, avoided the melon. They’d accepted the heat, this city, and the hopeless cases that live here. A small minority refused to avoid the melon and kicked it instead. Some people just looked at it maniacally.
Then there were the beggars who offered to help me push for a couple of bucks. But I was afraid that would only make things worse.
Important people would be at that barbecue. I wanted to show them that I knew how to act with important people – maybe even give the impression I was one of them.
When I finally reached the neighboorhood where the party was, it seemed the street number I had didn’t exist. I was soaked and had a feeling that the melon – and even I – smelled like dead mouse.
I went into a bar to find a phone book. The neighbourhood was fancy and quiet; it seemed fine to leave the melon right outside the bar for a few seconds. The bartender was an elderly woman with reading glasses who looked like she belonged in a nursing home. I was the only customer. When I asked to use the bathroom and the phone book for a second, she said, ‘Would ya believe it?’ I decided to take this as encouragement. When I came out of the bathroom, I noticed an old Chinese guy sleeping on a napkin in a dark corner of the bar.
‘It’s nice and cool here,’ I said, by way of saying goodbye, but the bartender didn’t answer me.
Back outside, a couple of middle-aged gentlemen had taken charge of my melon. They were in the process of beating the melon with a small rock. A lot of juice had already leaked out. They hadn’t even bothered to run away with the thing.
I said, ‘There must be some mistake – this is my melon. I rolled it all the way down from 14th Street.’ They didn’t even bother to look at me, but kept hammering at the melon, and finally, it burst open. They fell upon the melon as if they were completely dehydrated. The remarkable thing was that one of the men was wearing a tie. Neither guy looked like someone who’d give in to this kind of behaviour.
‘This must be a mistake,’ I tried again. The man with the tie broke off a piece and held it up. At that moment the door of the bar opened and the Chinese man emerged. From the way he’d exited the place, it didn’t look voluntary – it seemed to me that somebody had pushed him. The Chinese man looked at the two gentlemen on the ground eating my melon, then he looked at me. He turned around and went back inside the bar.
Three seconds later, he was back outside. He was wearing a straw hat someone had taken a bite out of.
Their thirst quenched, the gentlemen left me alone with what was left of my melon. I sat down on the sidewalk. About fifteen minutes later, the door of the bar opened.
She saw the remains of my melon and froze. She went back inside and returned with a bucket of water. I jumped aside just in time. She started scrubbing my melon off the sidewalk with incredible energy. I felt sorry for her, having to scrub in this heat, but then I decided she liked cleaning compulsively.
‘It was an accident,’ I said.
‘Would ya believe it?’ she answered.
In the distance, I could just make out the straw hat of the Chinese man.