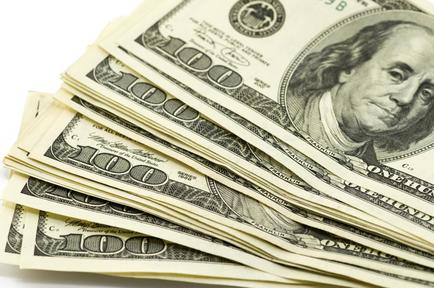 Ten men were bending over a black limousine. I thought something was wrong with the car, but when I got closer, I saw they were using the hood as a gambling table. I stopped to watch.
It was late in the afternoon and I’d been wandering around the city the whole day. It made a nice picture, those ten guys rolling dice on top of a limo. With the Brooklyn Bridge in the background. Suddenly, one of them saw me watching them and pointed at me. The others stopped their game and looked at me. I must have been thirty yards away from them, but still I decided to wander along slowly, as if I’d been admiring the bridge. The man who’d pointed at me was now following me. I started to walk faster. Then he started to walk faster. He was walking so fast that he was gaining on me. I went into a bar. There were bras hanging down from the ceiling all over the place. Someone had told me about a bar in Paris where they cut off your tie. I ordered a beer and was handed a plastic cup with at least a pint in it. I didn’t see the man who’d been following me anymore. I sat down at a table next to the pinball machine. When I came back from the bathroom, the guy was sitting opposite me. He was wearing a black short and a black jacket with the sleeves rolled up. I thought he was from Latin America: he was shorter than me. I was staring at the ceiling thinking how remarkable it is that beer can’t wash away your sorrows, but how it can wash away your fear.
‘Look at those ladies chattering,’ he said, pointing at two women next to us. ‘You think their tongues never get tired?’
I pretended I hadn’t heard anything. Any reaction can be interpreted as hostility, I’ve learned. Still, I was a little less afraid.
‘Look at them talking,’ he repeated, ‘Their tongues never seem to get tired. The one on the right is my girlfriend, by the way. She only speaks Russian, so I’m not much use to her.’
I said, ‘Hmm.’
He leaned closer to me, and said, ‘Listen, do you eat something foul, or is it the fish market?’
He seemed less dangerous than at first, so I said, ‘I haven’t eaten anything foul, so I guess this must be the fish market.’
‘I think so,’ he said, ‘but why don’t you think it over. By the way, my name is Tony. If you want to go see the basketball game tonight I can get you tickets.’
Whenever Americans pronounce my first name I always see this flying nun, so I said, ‘I’m Greenberg.’
‘Greenberg, eh,’ Tony said. ‘New York is swarming with Greenbergs. What kind of Greenberg are you?’
‘I’m The Greenberg,’ I said.
He seemed to appreciate that. ‘I’m The Tony. That’s my girlfriend Sonia. Aside from basketball tickets I’ve also got French perfume.’
‘Not today, thank you.’
He shook his head. ‘That’s a baseball jacket you’re wearing. The baseball players are on strike though. You’re not really a New Yorker, are you?’
‘Not really.’
‘Tourist?’
‘Tourist.’
He brought his mouth close to my ear. ‘Looking for money or looking for happiness?’
He suddenly reminded me of those Arabs in the old part of Jerusalem who follow you for twenty yards trying to sell you a flying carpet or something.
‘Both,’ I said. ‘But not today, thank you.’
I got up. The Tony’s hair was all shiny with grease. His pants were too short, showing his white socks. I couldn’t see why I’d been running away from him.
‘Would you like to meet my girlfriend?’ he asked.
‘She talks too much. You told me so,’ I said.
The top button of his shirt had come undone, revealing a large cross dangling on his hairy chest.
‘Come back tomorrow,’ The Tony said, ‘I think I know what you’re looking for.’
I left. In the subway, on my way to Andrews, I suddenly heard barking. I had never seen a dog in the subway before. But it wasn’t a dog. It was a Negro barking. He was collecting money and barking.
At Andrews I told the Egyptian about the barking Negro.
‘This is gonna be the new trend,’ I said. ‘Barking beggars.’ In a couple of years they’ll be all over the place.’
She shook her head.
‘He barked up a dollar and a half in five minutes.’
‘Friend, people shouldn’t bark,’ the Egyptian said.
‘Everything’s better than talking,’ said the man from the garment district. ‘And what else did you do?’
‘I met a men named Tony, and tomorrow he’ll tell me what it is I’m looking for.’
‘You’re a lucky man,’ she said, laughing as if it were a good joke.
The next day, when I was walking down Seventh Avenue on my way to Andrews, I saw The Tony standing in front of a shop window. He was with the woman he’d referred to as Sonia. I hailed a cab immediately. But after five minutes I considered it might very well have been someone else, and thought I might have overreacted a little.
I’ve noticed that the Egyptian calls a lot of men ‘friend’, but I don’t mind being one of many.
‘Just take me back to where you picked me up,’ I told the driver.
He grunted, but did it anyway.