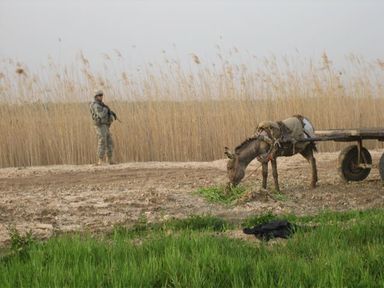 “General Odierno acknowledged that combat troops could leave a city on one day but then be asked by Iraqis to return the next.
He said that he was concerned about the recent suicide attacks but that overall violence was at or near its lowest levels since the summer of 2003. He said it was difficult these days to distinguish between violence driven by the insurgency and criminals working for money. He said he expected low levels of violence in the country up until 2024, and would never say, as former Vice President Dick Cheney once did, that the insurgency was in its last throes,” writes Elisabeth Bumiller in yesterday’s Times.

One wonders what is going to happen in 2024. What does general Odierno know about 2024 that we don’t know?