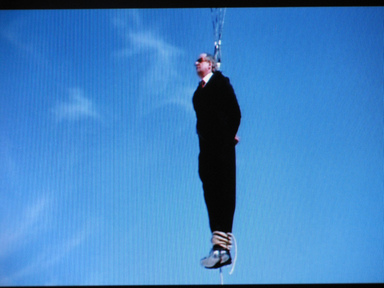 "If you cannot say anything nice about a person, don't say anything at all,” Andreotti’s mother said.
Last night I saw the movie “Il Divo” for the second time. I was as impressed as I was the first time. The woman accompanying me appeared to be less impressed.
Mr. Andreotti himself saw “Il Divo” as well according to Reuters: ‘"I would have happily lived without it," Andreotti said after seeing an advance screening in Italy.
"It highlights some of my shortcomings, but also others that I don't have."’

The movie portrays Andreotti as a man with a dry but beautiful sense of humor.

His statement after seeing “Il Divo” confirms this judgment.