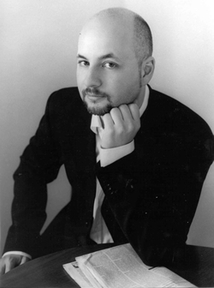 Tonight I participated in a panel on fantasy and the novel at the festival “Assises Internationales du Roman” in Lyon. One of the four participants, the Spanish author Sergi Pàmies, could not make it. But since there were two interviewers and three other authors, plus three students who were going to ask one question each on stage, there were enough people to fill ninety minutes.
The French author Véronique Ovaldé was by far the best-dressed author on stage. According to the program she is also one of the most original voices in contemporary French literature.
Toby Litt from the UK turned out to be funny with a healthy disgust for pompous remarks. Toby Litt did remark that the mass media fill our heads with “shit”, and he referred to the poisonous influence of American culture.
My tolerance for cheap anti-Americanism is quite low but since Toby Litt was willing to adopt me and I have a weak spot for all human beings willing to adopt me I will forgive him with grace. (I decided to read his books in the near future.)
After all authors have to please the audience. We don’t sell our bodies we sell our souls. These days the soul is less expensive than the body. It's eternal summer sale for souls.