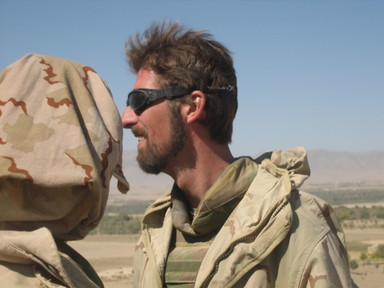 Somewhere in 2007 a Dutch newspaper asked me to lead a “literary boot camp”.
The idea was that soldiers coming back from Afghanistan would be interested in writing about their experiences, but were too shy to do so.
With the right encouragement dozens of soldiers would write about their tours in Afghanistan.
In reality the interest was rather limited, but we didn’t give up and today the third and last literary boot camp took place.
In November we hope to publish a collection of stories from soldiers.
One of the officers present today was my friend Niels who had published a book already about his tour in Afghanistan. The book became a minor best seller and hopefully will be soon a major best seller.
He told me: “There are other things I could write about, but if I would do that at the end I may have written a bestseller, but I won’t have a family anymore.”

“Well,” I said, “I can only speak for myself, but between a family and a bestseller I would always choose literature.”