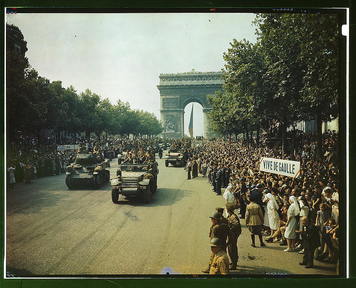 Johan Tagliabue writes in Friday’s Times: “The so-called enfants de Boches — roughly, children of the Huns — born during the war to French women and German soldiers, are seeking to fill a hole in their lives, hunting for long-lost German fathers they never knew and speaking openly of the maltreatment they suffered from their French neighbors. It is estimated that 200,000 children were born of these wartime love affairs.
Photos of the time depict young women, their heads shorn in shame, being hounded through villages, clutching the children of German fathers. About 20,000 women had their heads shaved. Many rejected the children, gave them up for adoption or placed them in orphanages.”

Sleeping with the enemy is sometimes just an extension of the quest for freedom.