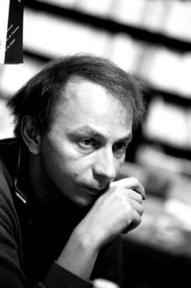 A funny article in today’s Herald Tribune by Steven Erlanger: ‘The uproar seems to have provoked a change. Mr. Sarkozy, under the tutelage of his wife, is reading a wider variety of authors and watching different films, many of them based on literary classics he may or may not have read. And he is meeting more modish intellectuals, singers and movie people, like Dennis Hopper and David Lynch. (Mr. Sarkozy is said to have “loved” the film “Wild at Heart,” released in France as “Sailor et Lula.”) He has also met with Marianne Faithfull and dined with Michel Houellebecq, the French novelist of modern sexual anomie and brutality who wrote “Atomized,” “Platform” and “The Possibility of an Island,” all of which Mr. Sarkozy is said to have admired.
Ms. Faithfull later told Paris Match magazine that Mr. Sarkozy admitted that he had never seen a film by Fellini, so that was rectified. She said of Mrs. Sarkozy, “He’s changed, thanks to her.” But he has also “discovered,” as L’Express put it, films like “All About Eve,” “A Streetcar Named Desire,” “A Clockwork Orange” and “Cat on a Hot Tin Roof.” Bob Dylan had a meeting with him and offered Mr. Sarkozy a Texan belt. The president went to hear Leonard Cohen in concert, though he first asked to read the lyrics in French.
When talking about his project for Grand Paris, the plan to transform the capital, Mr. Sarkozy suddenly cited Céline.
And he dragged out a copy of Jean-Paul Sartre’s autobiography with passages underlined, including, “Progress, this long arduous path that leads to me.” He read the passage to several journalists, L’Express said, and he commented: “Someone who is capable of writing that. ... It’s impressive, no?” It was not clear that the president caught the irony in Sartre, though it is just possible that L’Express did.’

I wonder what Mr. Houellebecq and Mr. Sarkozy said to each other over dinner.

Recently I had drinks with an author who told me that he is sometimes invited by the Dutch royal family to discuss contemporary problems with them.

Power is tempting. I would not politely decline such an invitation. As J.M. Coetzee writes in his last novel “Summertime”: Pragmatism beats principles.
(I paraphrase based on the Dutch translation; the English original is not on sale yet.)

For old time’s sake: below a last photo from the world of Romanian massage. Another example of pragmatism. 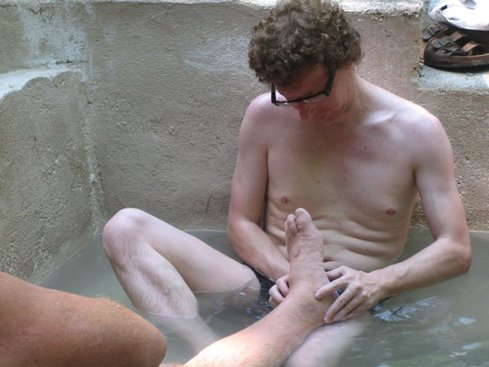