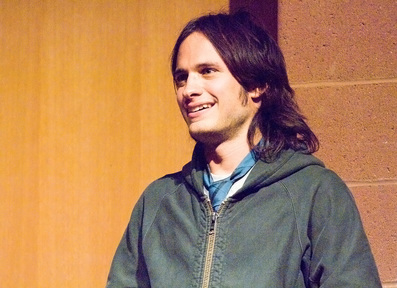 The summer of 1995 was my first summer in New York and in my memory one of the hottest summers I experienced in the city. At that time I was still living in Holliswood, Queens. Every day I took the F train to the city to go the New York Film Academy, where I followed a crash course in film making with among other people a very young Gael Garciá Bernal. (You can see him in my short and fairly silent movie “Left Shoe”.)
Not that I aspired to be a moviemaker; as always I was looking for material.
There is something to be said for not leaving the city in the summer. I wrote most of my novel “The Asylum Seeker” in my sweltering apartment in the summer of 2002. I wrote my collection of poetry “Love is Business” in the same sweltering apartment in the summer of 1998.
According to The Times, this summer is unusually cold, but my apartment is sweltering as always. I believe that’s a good thing.