The reinvention of Dadaism 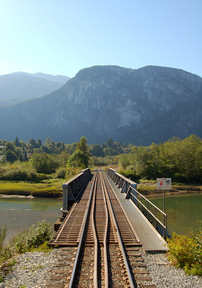 A woman with one leg was standing on the platform at Whistler station. She was holding a sign: “Guided Walking Tours”.
For one second I thought of sublime irony, the reinvention of Dadaism in the Canadian mountains.
But then I realized that there was no irony here; this was no Dadaism but pure reality.
As I walked by the woman with the sign a feeling of guilt started to haunt me. I had refused to participate in the guided walking tour. I thought I could do it all by myself, I was in no need of guides. The arrogance! The Hubris!

I’m by no means an uncritical admirer of Kafka, but when he wrote: “it was as if the shame of it should outlive him,” Kafka revealed something fundamental about the persistence of shame.