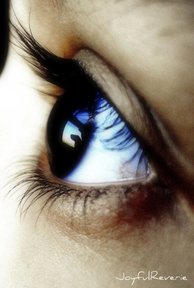 An interesting article by Paul Bloom in the Atlantic, alas I’m a bit late the article was published a year ago:

‘The question “What makes people happy?” has been around forever, but there is a new approach to the science of pleasure, one that draws on recent work in psychology, philosophy, economics, neuroscience, and emerging fields such as neuroeconomics. This work has led to new ways—everything from beepers and diaries to brain scans—to explore the emotional value of different experiences, and has given us some surprising insights about the conditions that result in satisfaction.
But what’s more exciting, I think, is the emergence of a different perspective on happiness itself. We used to think that the hard part of the question “How can I be happy?” had to do with nailing down the definition of happy. But it may have more to do with the definition of I. Many researchers now believe, to varying degrees, that each of us is a community of competing selves, with the happiness of one often causing the misery of another. This theory might explain certain puzzles of everyday life, such as why addictions and compulsions are so hard to shake off, and why we insist on spending so much of our lives in worlds­—like TV shows and novels and virtual-reality experiences—that don’t actually exist.

The notion of different selves within a single person is not new. It can be found in Plato, and it was nicely articulated by the 18th-century Scottish philosopher David Hume, who wrote, “I cannot compare the soul more properly to any thing than to a republic or commonwealth, in which the several members are united by the reciprocal ties of government and subordination.”

We benefit, intellectually and personally, from the interplay between different selves, from the balance between long-term contemplation and short-term impulse. We should be wary about tipping the scales too far. The community of selves shouldn’t be a democracy, but it shouldn’t be a dictatorship, either.’

Perhaps I’m a naïve but is the community of selves fundamentally different from Freud’s id, super-ego and ego?