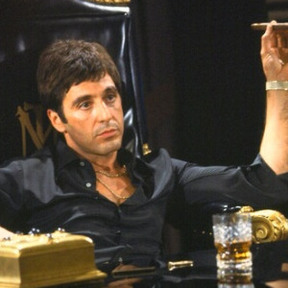 On the day that a pair of car bombs exploded outside Iraq’s Bank of Trade in Baghdad Anthony Shadid writes in The Times about a swanky new restaurant in Baghdad, named the Lebanese Club. The restaurant, according to Mr. Shadid, is 'part Beirut, part Dubai, part Miami lounge circa “Scarface,” without the cocaine.'

The Lebanese owner, Mr Hague, appears to be a nice fellow: ‘Mr. Hage, who is Lebanese, proudly so, exudes a somewhat self-conscious panache that celebrates shatara — the Arabic word for cunning and guile with a hint of deception. (An example of shatara once overheard in Beirut: “I’m not going to cheat you,” a landlord told a prospective tenant. “Well, I am going to cheat you, but not a lot.”) He also has a knack for making money wherever he goes, however failed the state may be.
One of the Iraqi partners in the club, Jumaa al-Musawi, seemed to appreciate Mr. Hage’s verve. The restaurant, he worried rightfully, was a hazardous adventure, but he said it was worth trying.
Compare that to Mr. Hage’s take. “There’s too much money here,” he exclaimed. “Too much! Really a lot!”’

Soon I will celebrate a party at the Lebanese Club in Baghad, inshallah.

I'm wondering how many of my friends are willing to come. But I will tell them: "You care about me? See you in Baghdad."