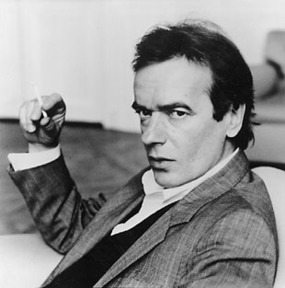 In the last issue of the New York Review of Books Edmund White reviews “The Pregnant Widow” by Martin Amis.
I used to be skeptical about Martin Amis, but Edmund White’s lyrical review convinced me to buy “The Pregnant Widow”: “But Amis has no single theory about age. It’s much too interesting (and neglected) an experience to sum up once and for all. Here’s an observation about it: ‘As the fiftieth birthday approaches, you get the sense that your life is thinning out, and will continue to thin out, until it thins out into nothing. And you sometimes say to yourself: That went a bit quick. That went a bit quick. In certain moods, you may want to put it rather more forcefully. As in: OY!! THAT went a BIT FUCKING QUICK!!!… Then fifty comes and goes, and fifty-one, and fifty-two. And life thickens out again. Because there is now an enormous and unsuspected presence within your being, like an undiscovered continent. This is the past.’ Over the years Amis has learned how to notate a superbly comic speaking voice; getting it down on paper is comparable to a good composer’s skill in scoring heteroclite sounds never before made by concert instruments. That in this passage a solemn tone brackets a middle section of Borscht Belt humor illustrates perfectly Amis’s mastery of the sudden shifts in register that are the peculiar genius of English prose—nearly impossible to translate into Romance languages, for instance.”

The thinning out of life is an endless theme.