Knock on the door 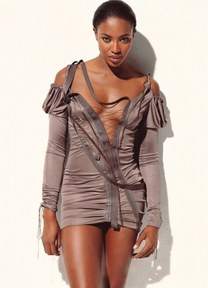 ‘Ms. Campbell said she went to bed soon after the dinner because she was tired. After she fell asleep, she said, there was a knock on the door and two men gave her a small pouch. One of them said, “A gift for you,” she said.
The men did not introduce themselves or say whom the gift was from, she said, and she went back to sleep without opening it. “I was extremely tired and I wasn’t sure who they were,” she said. Asked by a judge if she did not think this strange, she replied, “It’s not abnormal for me to get gifts; I get gifts all the time.”’

Isn’t this a benign way of describing corruption or prostitution? “I get gifts all the time.”

On the other hand, my godson gets gifts all the time as well.

Perhaps I should start calling him “Naomi”.