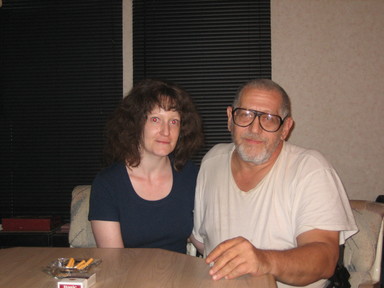 Last night I flew to Myrtle Beach to meet Neal and Melissa, arm dealers in Loris (SC).
Before entering the farm you see a big sign stating that unwanted visitors will be met with armed response.
My driver asked me: “Do you know these people?” “Not really,” I answered.
He continued: “What have you gotten me into. I survived Vietnam and now this.” Neal and Melissa live in an area where quite a few people are killed each year. According to my driver. (But this is confirmed independently by Neal and Melissa.)
Neal and Melissa turned out to be very kind people with rather conservative beliefs.
They believe among other things in fear.
The sheer sight of a gun makes people polite. According to Neal.
Neal likes polite people and so do I.