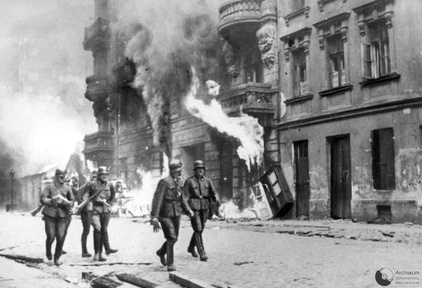 Last night I saw the documentary “A Film Unfinished” by Yael Hersonski. It’s a documentary about an unfinished propaganda movie by the Nazis about the ghetto of Warsaw.
One of the witnesses is cameraman Willy Wist, who shot the original movie for the Nazis. His testimony is all too human, but filled with small contradictions.

“A Film Unfinished" is recommended. But it is strange that nowhere in the film, not even in a single sentence, the uprising of the ghetto of Warsaw is mentioned.