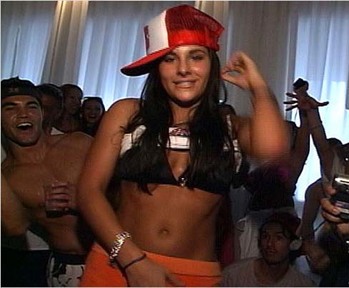 Tonight I saw the excellent documentary “Client 9: The Rise and Fall of Eliot Spitzer” by Alex Gibney.
The former governor of New York was brought down by revelations that he had patronized an escort service called “Emperors Club VIP”.
Mr. Gibney’s movie suggests that Mr. Spitzer had made powerful enemies while being New York State Attorney General. In other words, after Mr. Spitzer took on Wall Street his downfall became inevitable.
Whether or not this is the case remains to be seen, but it is pretty sure that one of the reasons why Mr. Spitzer could not stay on as governor of New York was because he had stepped on too many toes. Other politicians who visited prostitutes could remain in function after they had apologized.

One of the prostitutes whom Mr. Spitzer visited once, Ashley Alexander Dupré, is now a columnist for The New York Post.