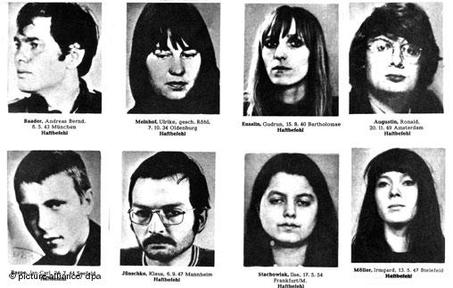 In the October 4 issue of The New Yorker Malcolm Gladwell makes the case that the next revolution won’t spread through the Internet: ‘Are people who log on to their Facebook page really the best hope for us all? As for Moldova’s so-called Twitter Revolution, Evgeny Morozov, a scholar at Stanford who has been the most persistent of digital evangelism’s critics, points out that Twitter had scant internal significance in Moldova, a country where very few Twitter accounts exist. Nor does it seem to have been a revolution, not least because the protests—as Anne Applebaum suggested in the Washington Post—may well have been a bit of stagecraft cooked up by the government. (In a country paranoid about Romanian revanchism, the protesters flew a Romanian flag over the Parliament building.) In the Iranian case, meanwhile, the people tweeting about the demonstrations were almost all in the West. “It is time to get Twitter’s role in the events in Iran right,” Golnaz Esfandiari wrote, this past summer, in Foreign Policy. “Simply put: There was no Twitter Revolution inside Iran.” The cadre of prominent bloggers, like Andrew Sullivan, who championed the role of social media in Iran, Esfandiari continued, misunderstood the situation. “Western journalists who couldn’t reach—or didn’t bother reaching?—people on the ground in Iran simply scrolled through the English-language tweets post with tag #iranelection,” she wrote. “Through it all, no one seemed to wonder why people trying to coordinate protests in Iran would be writing in any language other than Farsi.”

(…)
‘The kind of activism associated with social media isn’t like this at all. The platforms of social media are built around weak ties. Twitter is a way of following (or being followed by) people you may never have met. Facebook is a tool for efficiently managing your acquaintances, for keeping up with the people you would not otherwise be able to stay in touch with.’

‘In Germany in the nineteen-seventies, they go on, “the far more unified and successful left-wing terrorists tended to organize hierarchically, with professional management and clear divisions of labor. They were concentrated geographically in universities, where they could establish central leadership, trust, and camaraderie through regular, face-to-face meetings.” They seldom betrayed their comrades in arms during police interrogations. Their counterparts on the right were organized as decentralized networks, and had no such discipline. These groups were regularly infiltrated, and members, once arrested, easily gave up their comrades. Similarly, Al Qaeda was most dangerous when it was a unified hierarchy. Now that it has dissipated into a network, it has proved far less effective.’

If you want revolution or a successful enterprise you will need “central leadership, trust, and camaraderie through regular, face-to-face meetings".