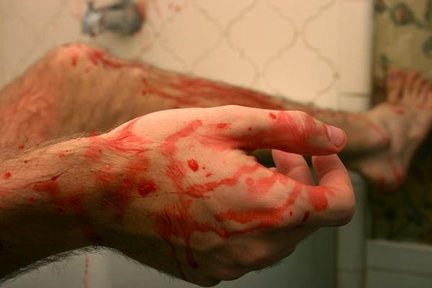 When I was sixteen I auditioned to be an actor in a Greek tragedy, Iphigeneia at Aulis by Euripides.
The biggest theatre group in Amsterdam, Toneelgroep Amsterdam, had the idea to have teens play this tragedy on a small stage while real actors did the same thing on the big stage.
This was the first time I auditioned for something and I was accepted. Which turned out to be exceptional. My life as an actor is filled with rejections.
One of the youngsters with whom I was in the play (he did Agamemnon, I was the narrator) was a guy named Redbad.
Nowadays Redbad is an actor and a director in Poland and it’s he who invited me to come to Wroclaw to write a play for him.
He suggested that we should do same salsa dancing tomorrow night.