Icing on a cake 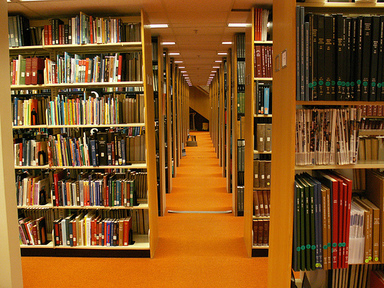 The New York Times asked six critics to write an essay, subtitled “Why Criticism Matters”.
An important matter, but not all essays are equally good.
Stephen Burn writes: “Even more markedly than in the late 20th century, the serious contemporary novel withdraws from linearity, its narrative particles grouped into weblike clusters connected implicitly rather than explicitly, and its focus distributed across several characters.” A rather sophomoric sentence in a fairly pedestrian essay, but Mr. Burn does offer some insightful yet not always surprising information: “In my short academic career I’ve been surprised, for instance, to discover professors of English who have lost interest in literature in favor of pursuing institutional power in the shape of administrative positions.”

According to Katie Roiphe criticism is style: “The secret function of the critic today is to write beautifully, and in so doing protect beautiful writing.”

Pankaj Mishra sees literary criticism and literature itself as an extension of cultural criticism: ‘There is little point in blaming “New Criticism,” which fetishized the uniqueness and autonomy of literary works, or in lashing, yet again, the dead horse of creative writing departments, which prescribe an antihistorical formalism while turning a noble vocation into yet another moneymaking opportunity. For these practices are merely symptoms of a larger phenomenon that, deepening through the cold war, is only more manifest now: mass depoliticization as political and economic arrangements seem depressingly unalterable.’

Literary criticism is an extension of literature, the critic is an author and the rest is mysticism; that’s Adam Kirsch’s point: “Whether I am writing verse or prose, I try to believe that what matters is not exercising influence or force, but writing well — that is, truthfully and beautifully; and that maybe, if you seek truth and beauty, all the rest will be added unto you.”

“The contemporary critic has to be an evangelist — implicitly or explicitly — not just for a particular book or author, but for literary experience itself,” writes Sam Anderson.
But the critic is a very special kind of evangelist, because the only game in town is intertextuality, according to Anderson: “In the grand game of intertextuality — which is, after all, the dominant and defining game of the Internet era — critics are not just referees: they’re equal players.”

The best essay was written by Elif Batuman (see: “Needless Words”).
She is also the only one who understands that if you want to find out why literary criticism matters you have to find out what we are talking about when we talk about literature: “If literature is a vehicle for some other content, why doesn’t it express that content more efficiently? Why the surplus value of beauty? Is beauty just “a spoonful of sugar to help the medicine go down”? If that’s what you have to believe to be a critic, then who wants any part of it? Freud shows that beauty isn’t a surplus value at all. It isn’t superimposed onto content like icing on a cake. Rather, aesthetic features almost always indicate a hidden level of meaning, a richness of signification, which is itself the very thing that we perceived as beauty to begin with.”