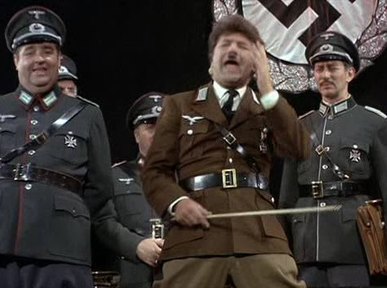 A.O. Scott in today’s Times: ‘Will a victory for “The King’s Speech” reverse that trend, signaling a return to the tried and true? I don’t know if I’d go that far, but the movie does have the advantages of 1) being more an actor’s movie than its rival, with an established cast of non-American thespians; 2) being a costume drama set during the rise of Nazism; 3) being the story of someone struggling with a disability; and 4) being a hit with critics and audiences alike. To put it in mathematical if perhaps cynical terms: Hitler + handicap + Shakespeare + $100 million = best picture. Unless it doesn’t, of course.’

Thank god, there is a formula for success.