The holy game of poker 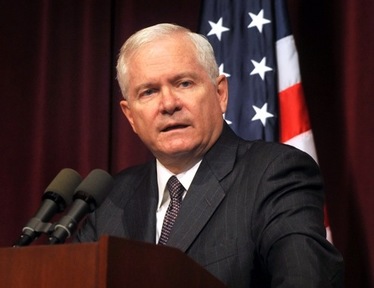 Has the Secretary of Defense, Robert M. Gates, become a pacifist?

James Carroll in the Herald Tribune:

‘The speech was extraordinary, also, for its frank acknowledgment that America’s elders have consistently failed the nation’s sons and daughters in sending them off to war. “Since Vietnam, our record has been perfect. We have never once gotten it right — from the Mayaguez to Grenada, Panama, Somalia, the Balkans, Haiti, Kuwait, Iraq, and more.’’ Gates was faulting failures to anticipate the true nature of those engagements, but their outcomes arguably establish that all of them were unjustified. Young lives wasted.
More pointedly, Gates all but explicitly condemned the wars over which he himself presides today: “Any future defense secretary who advises the president to again send a big American land army into Asia or into the Middle East or Africa should ‘have his head examined,’ as General MacArthur so delicately put it.’’ But that reference makes the point. Since Korea, the national security establishment has consistently gotten it wrong. Why should elders be trusted now?’

I assume that Mr. Gates is preparing to be the next Jimmy Carter, but perhaps the defense establishment is also changing its mind.

Mr. Gates reminds me of an old Leonard Cohen song, “The Stranger Song”: “Ah you hate to watch another tired man/ lay down his hand/ like he was giving up the holy game of poker.”