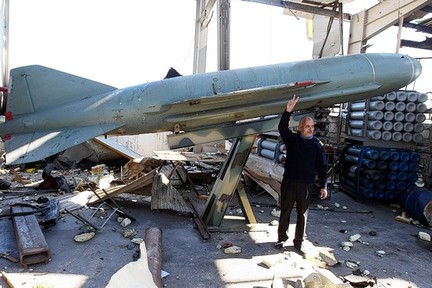 David D. Kirkpatrick reports from Tripoli in today’s Times: ‘Even the official minders who typically accompany foreign journalists seemed jumpy on Friday. On an official trip earlier in the day, an official minder turned back over his shoulder to warn journalists not to photograph a heavily armed checkpoint in Tajura. “I don’t want to go to jail,” he said, “so don’t film anything.” Later, a minder was stopped by security forces — more than 15 armed men sprang out of at least six vehicles — and questioned for more than 30 minutes, apparently because he allowed foreign journalists too much latitude to roam Tajura freely.’

I should write a novel about an official minder, at least a novella.