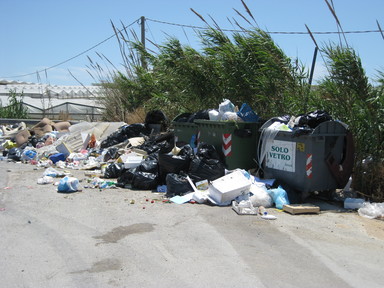 Often the reader stumbles upon beautiful paragraphs in the dining section of the Times.
Like this one, written by Alex Witchel: “Buddy (né Bartolo) Valastro is a fourth-generation baker whose father was born on Lipari, an island near Sicily, where the family was so poor they resorted to eating other people’s garbage. They emigrated, and once Buddy Sr. was in his 20s he started working at Carlo’s, which he bought in 1963. By the time Buddy Jr. was 11, he was working there on weekends. When he made the football team, his father forbade him from joining because games were played on the weekends. His son did not resent this; the two were unusually close.”

“Other People’s Garbage” could be the title of a short story. Buddy Valastro deserves the immortality of literature.