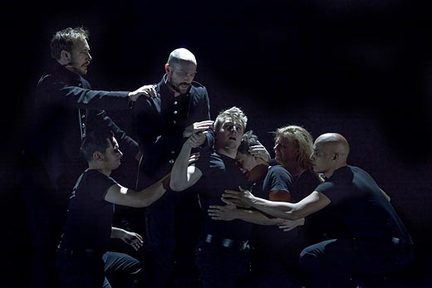 “Life's but a walking shadow, a poor player/ That struts and frets his hour upon the stage/ And then is heard no more: it is a tale/ Told by an idiot, full of sound and fury, Signifying nothing,” Macbeth famously declares near the end of the play.
Tonight I saw “Macbeth”, directed by Declan Donnellan at BAM.
This tale wasn’t told by an idiot, but by an ambitious officer.
I was especially smitten with Will Keen who played Macbeth.
Lady Macbeth turned out to be a bit more benign than I expected her to be, but alas, we all deserve pity.